Modern breast augmentation surgery began in 1963 with the use of the first silicone breast prostheses in the USA. Silicone prostheses have undergone a major change since they were first produced. Since 1993, fifth generation prostheses have been used. In the previous models, problems such as gel leakage, eruption of the prosthesis and deformity of the prosthesis are not encountered in the last generation prosthesis. Breast enlargement can be reached by clicking on the link. 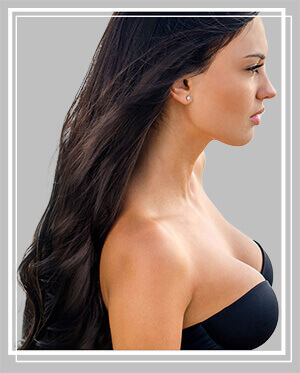 In this regard, manufacturers provide a lifetime warranty. The characteristics of the fifth generation prostheses are cohesive, that is to say they contain a gel of low viscosity, roughness of the prosthesis surfaces, anatomical or round shape of the prosthesis and the ability to preserve their shape in the body. Capsule contracture rates, which are an insoluble problem, have been minimized.

The aim of breast augmentation surgery is not only to enlarge the breast, but also to shape it. In the selection of the prosthesis to be placed, besides the patient's wishes, factors such as body structure, chest cage status and skin structure are taken into consideration.

Breast enlargement is ideal for women aged 18 or older whose breasts are small or medium-sized, and women whose breasts are emptied by postnatal milking. A 4-5 cm incision is made to place the prosthesis. Prosthesis can be placed under the breast, nipple or armpit. Recently, the most frequent subcutaneous incisions are preferred and accepted as the safest approach in the world. This scar remains at the bottom of the breast. In the long run, all traces become unclear and do not disturb patients. Prostheses are placed under the muscle in thin and subcutaneous patients. The upper part of the prosthesis is under the muscle and the lower part is under the breast. This method is called "dual-plan" ve and is the most preferred technique in modern breast surgery.Click on the breast reduction link to get information about breast reduction.

What is Breast Augmentation?

Breast Augmentation, is the process of bringing the breasts of women who feel small breasts to the desired size by injecting prosthesis or oil, also called silicone implant by various methods.

By nature, every lady wants to feel perfect. She wants to eliminate all imperfections in his body. One of the issues that we call defect is small breast or deformity. There may be several reasons for this. Breasts may shrink due to congenital causes, deformities due to weight gain after birth, sagging breasts, and breastfeeding. After these reasons, psychological problems such as loss of self-confidence and feeling bad may occur in women. The way to deal with all of this is to have breast augmentation surgery for larger, fuller, big enough and aesthetically beautiful breasts. 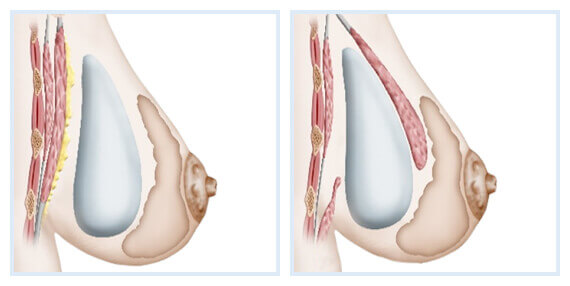 How is breast augmentation surgery performed?

Breast augmentation surgery, is performed under general anesthesia in the operating room under hospital conditions and lasts for 1-2 hours. It is usually comfortable after surgery. Pain relief treatment is started for pain. If the prosthesis is placed behind the chest muscle, there may be a limitation in arm movements for a certain period of time. After the operation, a special medical bra is applied to the breast. No stitches are required as melt stitches will be used. In the first stage there may be swelling, numbness in the nipple and a purplish discoloration on the skin. They disappear spontaneously in a short time. The patient can return to work within 3-4 days.

In which situations should we prefer breast augmentation surgery?

Who Can't Have Breast Augmentation Surgery?

What are Breast Augmentation Methods?

Breast augmentation methods and the most commonly used method is the implantation of a prosthesis called silicone.

Other methods used in addition to silicone; Breast Enlargement Method with Oil Injection.

This method is one of the methods used by many plastic surgeons: it is used not only for breast augmentation but also for other aesthetic operations. In this method, the fat tissue taken from other parts of the body is a method made by injecting into the chest area. The difference is not more than the other method, but it is applied only to patients who do not have excessive difference between breasts, the difference between silicone can be closed more easily. There is also a temporary method if you do not like it will melt and return to its original state within 1-2 years. The cons are the fact that it is a temporary method. It should be repeated every 1-2 years. Fat dissolves over time may cause deformity in the breast. It does not respond to those requests of people who want large breasts.

What are the types of silicone placed on the breast?

In terms of the material it contains, there are those containing silicone or saline. In other words, they may be filled with silicone gel or saline water. In terms of surface structure, the surface may be rough or flat.

Silicones used in breast augmentation surgery are made from a wide variety of materials. There was no evidence that silicone inserted into the chest had a bad effect on human health. Some complications may occur after the surgery performed by doctors who use only poor quality silicone or silicone deformations called silicone explosion occurs in people.

How Long Is The Life Of Silicones Used For Breast Augmentation?

The life of silicones used in breast augmentation varies according to the material used, but it is given as lifetime guarantee by the manufacturer. However, silicones may need to be replaced in some cases. If the breast is deformed or if any pain or complication occurs, consult a doctor and check for silicones.

Is it understandable that the breasts are silicone?

Silicones used in breast augmentation surgery are already included in many substances used by humans. Even in cosmetics and in foodstuffs such as gum, silicones are used. Therefore, the possibility of allergies is very rare but a problem that can be seen. In the pre-operative controls, it is checked whether the doctor will be allergic or not.

How is breast size decided in breast augmentation surgery?

According to the generally accepted sizes of women, the chest sizes are 90 sizes. The body sizes we call 90-60-90 have determined the breast size as 90 sizes. Of course, this ratio can vary according to the person's shoulder width, hip ratio and body type. The most accurate measure is decided together with the doctor during the preliminary interview.

Since the silicone substances used in breast augmentation are placed under the breast tissue, they do not harm the milk channels. For this reason, you can safely use silicone used in breast surgery, breastfeed your baby with silicone inserted breast.

Can the silicone placed on the chest be felt by hand?

With the developing technology, there have been improvements in silicones. Silicones that are placed using appropriate quality materials are less likely to be felt by hand.

It is not possible for silicones to explode unless there is an external impact. In case of external impacts, it should be done directly with a sharp material such as a knife. The most important reason for the eruption of silicones is the poor quality prostheses used.

Can Silicone Attach to Single Breast?

Will there be any scars after breast augmentation?

Breast augmentation surgery is a surgical operation, as the name suggests, and it is not possible to leave any scar after any surgical operation. But it is one of our duties to hide this trace as much as possible and to make it unclear. I hide these scars as much as possible with natural curves and body contours. Thus, it is difficult for the external eye to see this mark. In order to be understood, it is especially necessary to look for surgical scars on purpose and carefully. As the scars remain in the sub-breast region, there is no sign of a natural posture. Since melt stitches are used, the scars in this region take on the natural color of the body and it is almost impossible for them to be noticed.

When aesthetic surgery is mentioned, prices come to mind first. How much are breast augmentation prices? Is breast augmentation expensive? questions are among the most curious issues. In the past these operations were expensive. However, nowadays, with the developing technology, the prices of the materials produced become cheaper and make people available to afford it. Increasing competition allowed prices to be cheaper and even low-income groups can have aesthetics operations. Breast augmentation surgery does not have a fixed price. A price is calculated according to the procedures to be performed after the controls with the doctor before the operation.