What we call laser is actually a light energy, which gives light at a certain wavelength. The laser light is sent to the skin for very short periods of time and when this laser shot is fired, the light is absorbed by the hair stem and the hair follicle. High heat in the hair root destroys the hair root. When the root of the hair is destroyed, the hair is shed and cannot grow again. It is a safe application by turning the laser beam into heat and destroying the hair root. 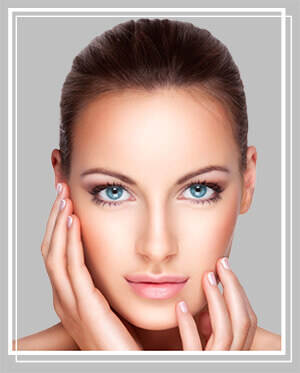 Does Laser Damage My Body?

The laser is often treated as radiation and is unnecessarily feared as if it were a health hazard. Whereas; there is no connection between laser and radiation. During the application of the laser to the skin, no damage to any tissues or organs under the skin was observed. HAtta and even the beam of very powerful laser epilation devices can only be reached to the hair root level.

With the laser, the hair root is destroyed, while the tweezers are pulled with a similar sensation of pain. Because some parts of the body are more sensitive, naturally this feeling may be stronger in some areas.

Why is it Important to Use Coolers in Laser Hair Removal?

The cooler cools the area to be treated before, during and after the laser shot. Coolers must be used for laser epilation. It also relieves skin and prevents possible redness.

Laser Epilation In Which Areas?

Laser is applied safely to the whole body. Because it is very close to the eye; face, neck, belly, hip, back, shoulders and waist as well as chest, breast, bikini can be applied in sensitive areas.

How long does it take?

The duration varies in proportion to the width of the treated area.

Laser hair removal prices are determined according to the size of the area to be treated and the density of the hair. It is difficult to determine the total cost in advance, as the number of sessions of hairs may vary depending on the individual.

How Many Sessions Does Laser Hair Removal Require?

The aim of laser hair removal is to ensure that the hair does not grow again. Not all roots are permanently affected in a single session. Therefore, as the hair follicles enter the growth phase, it is necessary to conduct sessions at intervals of 4-6 weeks. The number of sessions required varies depending on the region, and varies depending on your characteristics such as genetic factors, age, sex, hormonal factors.

What are the changes in the skin after treatment?

Reactions such as flushing, swelling and burning sensation may occur in the treated area. These are the expected complications that may occur after laser treatment and spontaneously resolve after a very short time (such as approximately 30 to 60 minutes).

It may be necessary to wait 1 year after the last procedure to see if a particular session is the last session. If a hair grows out a year later, it does not indicate that this result is not permanent, but that the treatment is not yet finished.

Epilation is thought to be a woman-specific approach, but there are also male patients who have epilated among men.

The most frequently demanded areas of men are beards on the back, shoulders, chest, neck and neck and cheekbones. Laser hair removal in men differs slightly from women, with the same mechanism of action.